And [Jesus] could do no mighty work there, except that he laid his hands on a few sick people and healed them. And he was amazed at their unbelief. (Mark 6:5-6)

And he did not do many mighty works there, because of their unbelief. (Matthew 13:58) 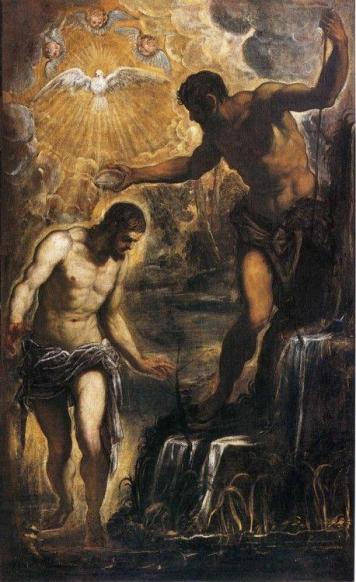 Matthew’s subtle redaction of Mark here and elsewhere has led many to suspect that Mark represents a more primitive and more human stage in the development of Christology. Whereas the power of Mark’s Jesus is limited (perhaps by the faith of Jesus’ audience), Matthew’s Jesus is not constrained; he is free to work mighty deeds as he sees fit.

In addressing this problem Christians tend to appeal to kenotic Christology, a theory in which God the Son empties himself of his divine power and privilege for a time in order to share in the fallen human lot. Mark 6:5 then gives voice to this Christological arrangement while Matthew prefers to leave it implicit. Thus a high Christology in Mark is preserved and accusations of Matthean embarrassment are brushed aside.

Possessed by the spirit

In my view, however, Matthew’s editorial discomfort in this passage should lead us down a different path, one unrelated to Christology. The early Christian understanding of Christ’s miracles prompts us to make this change of course. Rather than ascribe Christ’s deeds of power to Christ himself, the Evangelists consistently ascribe them to the spirit of the Father: “God worked through [Christ]” mighty deeds of power (Acts 2:22); Christ went about healing and exorcising “because God was with him” (Acts 10:38, John 3:2); by “the spirit of God” Christ drove out demons (Matthew 12:28, Luke 11:20); the Father who “dwelled in [Christ] did his works” (John 10:10). At least in the first century then, there was no ambiguity in regards to who it was that performed Christ’s mighty works: it was God through the spirit.

Despite this being only a handful of texts, there is a clear and consistent pattern here. On the one hand Mark’s Jesus is the vessel of the spirit’s sometimes volatile work (cf. Acts 16:6-7). On the other hand Matthew’s Jesus practically embodies the spirit (cf. John 10:30, 14:8-11).

These two competing conceptions of Christ’s relationship with the spirit generated the two texts which began this discussion (Mark 6:5-6/Matthew 13:58). In one case Jesus’ will to heal is obstructed by the spirit’s unwillingness. In the other Jesus’ will is in agreement with the spirit’s.

Needless to say, Matthew’s portrayal of this relationship won the day both in terms of Christ and in terms of believers. The indwelling spirit became largely inconspicuous, equated with the moral conscience of the church hierarchy.

View all posts by καταπέτασμα

This site uses Akismet to reduce spam. Learn how your comment data is processed.

Field notes on Christian origins for a post-Christian world